Our modern lives are filled with things that make our tasks easier. No longer do we have to put up with unsightly wires. We can get a tan in a salon. We can spray on and wipe off dirt in our homes. Babies even come from test tubes.

There are many aspects of our modernity that have not been proven to be safe – for human use, in our environments, and for our planet.

Often it takes a while for problems to develop,
thus PROVING something IS UNSAFE later is not always appropriate.
Hence the PRECAUTIONARY PRINCIPLE.

The endocrine system is the hormone system – it regulates our development, the way we cope in the world, our ability to heal and more.

BPA was one such chemical that hit the headlines in the last few years. BPA is one of many endocrine disruptors. (BPS is the alternative that many plastic-product manufacturers are now using instead because it is so similar… It is also similar to BPA in its ability to disrupt hormones!)

The World Health Organisation has recognised them as possible or known carcinogens… but there is more to life that having or not having cancer.

If our hormones are interfered with during pregnancy, we may or may not develop normally.

For many years now, animals  have been studied in the wild, and it has been noticed that an alarming number of males of many species does not develop properly… and this applies to humans.

Some of the changes include undescended testes, hypospadias (where the hole of the penis is on the side, not the tip), where young women discover that their fertility issues are because genetically they are male, and so on!

As well, they can play a role in obesity – and some are called “obesogens.”

This is a space to watch with a keen interest as things are changing/revealing themselves rapidly.

You can watch more in this documentary by #StéphaneHorel

If you want to discover more about these and other products we use in our daily lives that can adversely affect our health, then join us in our Detox Your Environment Inner Circle. 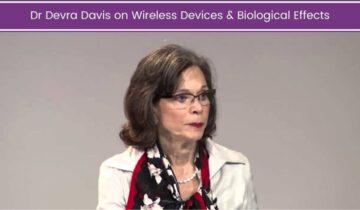 Got a smart meter?